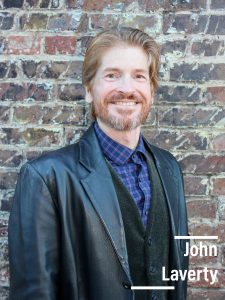 John Laverty is an independent dance instructor who is passionate about teaching all styles of partnering dancing and has been teaching Ballroom, Latin and Swing Dancing in the Dallas area since 1998. John conducts both group and private dance lessons and also choreographs dances for both weddings and showcases. John has hosted ballroom showcases, involving his students, where he has produced, directed and choreographed a dance for each couple. These showcases have been performed in venues that include The Ballroom at Preston and Tango and Cha-Cha’s. John’s dance background also includes ballet and has been a part of the Allen Conservatory of Dance since 2004. John sees dancing as his life’s work and enjoys sharing it with others.